The above is from the Good News Translations.  Other translations call the coins Talents, which of course leads me to think that I am not just a steward over physical possessions but God given gifts as well.  So what are my talents, gifts, and posessions and how am I using them for God’s glory and not my own.  Because I don’t want to be like the last servant and afraid to use them.

My wife always gets on my case about not running more.  She says it’s a gift and to not use God’s gift is not right.  Others can’t run.  My wife can sing.  So I know I should run more, but for more reasons than just health.  How do I use it for God’s glory?  I don’t know right now.  I know that sounds like a cop-out.  I have been running with my daughter in her jogging stroller.  Is that enough or is there more?  That’s just one of many things.  I, like many, get sucked into other aspects of life and neglect those talents that maybe have brought me joy in the past.  Maybe they bring others joy as well.  Maybe God. And maybe that’s part of what it means to be a good steward.

And Fridays Data.  Sleep, well, I’m just gonna have to steal some naps this weekend.  Finished strong on the balanced breathing and have done 5 days in a row exceeding my step goal.  So going to need to up that goal from 8500 steps to maybe 9000. 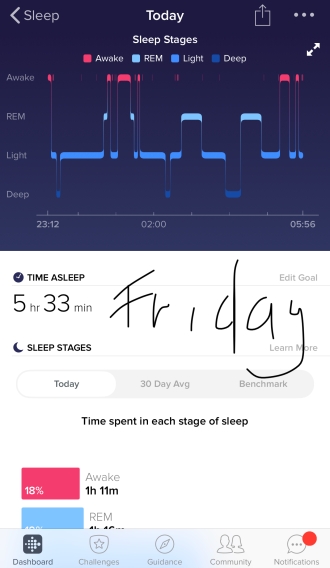 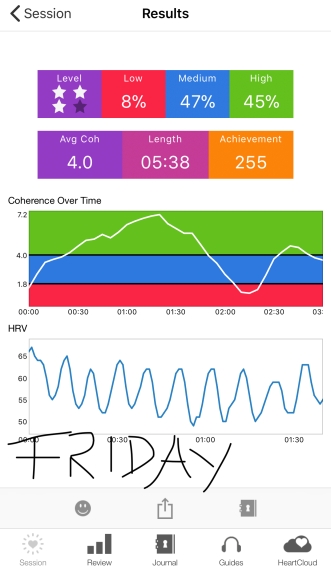 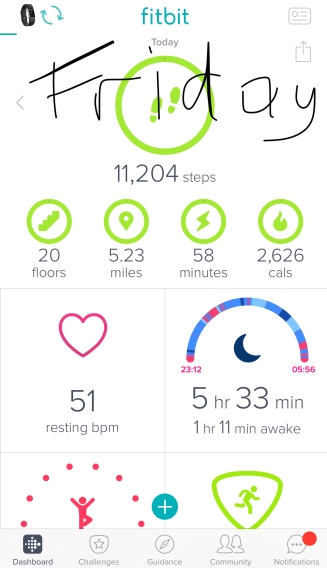 This site uses Akismet to reduce spam. Learn how your comment data is processed.

About Functional Dad: This website is about my experiences becoming a Father for the first time in my 40s. The goal is to improve Spiritual, Mental and Physical Fitness. Life is about the journey. About Me: My name is Rick. I am a husband and father, and a follower of Christ. I have a Masters Degree in Sport and Exercise Psychology and a PhD in Educational Psychology focused in Sport and Performance. I currently teach these subjects and work as a practicing Sport and Performance Enhancement consultant. Contact me directly at Rick@functionaldad.net View all posts by F.D.I.T.